Content Catalyst creates, develops, and produces purposeful, disruptive, cinematic stories that catalyze transformations within — and connections between — the humans who support, sell, and buy your brand.

With decades of award-winning experience in Independent Film/TV, Theater, Business Theater, and Experiential Events, Content Catalyst brings a multidisciplinary, multi-platform approach and a curious, collaborative spirit to every project we touch.

We’re committed to artfully helping you find, craft, and tell your story in the most powerful, authentic way possible — embodying your brand’s essence and inspiring your audiences to achieve strategic results.

We deliver concept-to-completion or work as a supplemental member of your team. 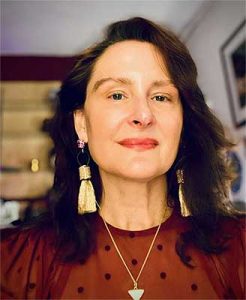 With 25 years of experience in purposeful brand storytelling, GRETL CLAGGETT brings a breadth and depth of expertise to every project she touches. Having successfully worn hats in the industry as a Producer/Executive Producer, Business Development Executive, and award-winning Writer, Director, and Creative Director, Gretl adeptly leads large, multifunctional teams, gracefully negotiating through what can sometimes seem like competing agendas throughout any discovery, design, development, and delivery process.

Whether she’s working on a video/film, a live performance/multimedia event, or a complex, multi-day conference, her focus is always on marrying the most strategic, creative content with the right tactics and technology to tell an authentic, compelling story that engages and inspires the audience, calling them to action, and delivering — on-time and budget — results that meet and exceed her clients’ expectations. 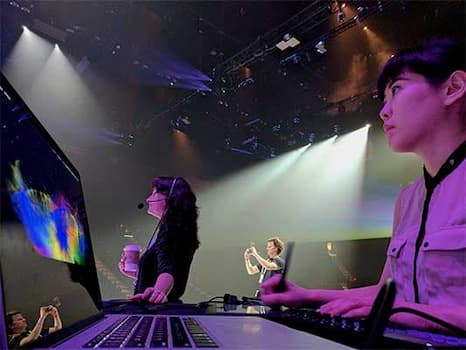 Gretl is especially passionate about pioneering the use of innovative technologies to shape brand stories — from writing and directing Sony’s first 4K 360° cinematic music video that premiered on the huge horizon screen at CES, to writing, directing, and producing IBM’s award-winning, twitter-trending “Cognitive in Motion” with Notch (real-time, 3D generated graphics) and cognitive data visualizations. She has led creative on high-profile B2C events, such as Entertainment Weekly’s inaugural festival, PopFest, and large B2B conferences such as IBM’s PartnerWorld at Think and SHRM’s annual conference. Additional diverse brands Gretl has worked with include AstraZeneca, AT&T, Avis, Canon, Chase, Genentech, Marriott, McDonald’s, Merck, Pfizer, and SC Johnson, among many others.

Another passion of Gretl’s is independent filmmaking. She loves the language of cinema — a language that sensorially infuses, structurally informs, and elevates all her purposeful brand storytelling work.

In 2020/2021, Gretl directed 3 episodes of an indie short-form comedic series, CHRONICLES OF A BLEEP YEAR OLD WOMAN, and produced BOY, ALONE IN WOODS, a horror short/proof-of-concept for a feature she’s co-developing. Currently, through Culture Catalyst, she’s writing and developing film/TV projects, including a ‘90s nostalgic black comedy and a metaphysical thriller.

Gretl founded Content Catalyst during the pandemic (under the umbrella of Culture Catalyst, in business since 2012) with an eye toward future trends in live/virtual and hybrid experiences. It’s a brave new world, and Gretl and her inclusive team are committed to helping you successfully navigate it — catalyzing your brand content so it cuts through, engages, and cultivates connection, transformation, and loyalty within and between your key audiences.